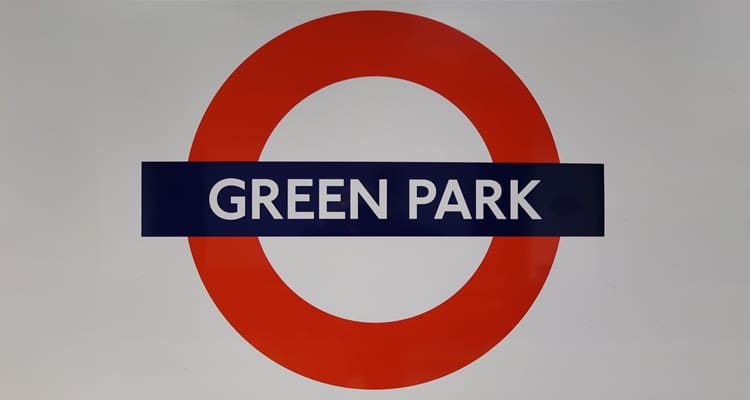 Posted at 16:14h in Funny Stories by David 3 Comments
0 Likes

Magic has been a part of my life for as long as I can remember, I’ve seen many of the greats perform. Harry Blackstone Junior, floating a light bulb over an audience of magicians in a theatre in Blackpool; Juan Tamariz leaving me speechless with his extraordinary card skills at a private show in London; spending time with the legendary Tommy Wonder in the Netherlands – all of these were awesome magicians, but I was prepared to be fooled badly and I loved every minute as a lover of magic, but when something happens unexpectedly, it hits hard and is memorable. I’d like to tell you a story.

I’ve been performing magic for some 30 years now, so as you can imagine, I have lots of trinkets and treasures I have collected along the way. Just before Christmas I was looking through some old photographs that I had taken on my travels and I came across one that brought some really fond memories flooding back to me! The picture was of a man named John.

John was a homeless man I met in the 90s during a residency I was performing at in Mayfair, London. I would hop on the tube and walk from Green Park, sometimes as often as three times a week. I first saw John huddled under the arch near Green Park joyfully swearing at passers-by.

He wasn’t always aggressive; often he was quiet, leaving people to go about their business. Occasionally, when I had some change, I would donate to his cause along with other suited and booted Mayfair wanderers.

This went on for more than a year. Sometimes John was there for extended periods then I wouldn’t see him again for a couple of weeks – in fact he was so well-known in the area he was often the subject of conversation and the residency even gave him a Christmas dinner.

As with many homeless people there were rumours of his backstory, of how he was a millionaire who lost it all with his wife leaving and him being left to live on the streets. Nobody really knew the truth though.

One night I decided that it was time to try and create a bond with John. On my way to work I turned right up the stairs and I called out to him “Hey John!”

I approached with a small piece of paper in my outstretched hand and as he focussed onto to, I flicked it and it turned into a £20 note. He looked at me in awe and gently took the money – and with a smile and nod I walked on, eager to tell the story of my good deed.

Well, friends being friends, they were just as eager to tell me what a mistake I’d made and that he’d just go off and buy alcohol to perpetuate his situation leaving me feeling a little foolish and bringing me back down to reality.

Months later, John was back under his arch and he would shout “Magic Man” as I was walking passed. I would ignore the ‘advice’ of my friends and pass him any change I had, but I would never do it within a magic trick again.

Then one day John floored me.

As I jogged up the stairs on a rainy evening I was hurrying passed John’s arch when he called to me, “Magic Man!”

“Hi John” I said as he fumbled with his right hand, bringing out a playing card with its back facing me.

Stunned, confused but ever curious I named a card.

John, without a beat turned the card around to face me and, sure enough there was my card. I was so shocked and caught off guard I asked that same question I am asked hundreds of times a week… “How did you do that!!”

I told everyone at the venue about the encounter – they were equally shocked. They would come up with theories on how he accomplished it, my personal favourite “he planted it in your brain” to which I would respond “Don’t be silly I’m the magician!”

I would see John in his archway regularly and would perform an I’m not worthy bow to him – god knows what other passers-by thought!

Then one day – John was gone. I would always look out for him but never saw him again – this mysterious man may have shown me the best trick I’ve ever seen. 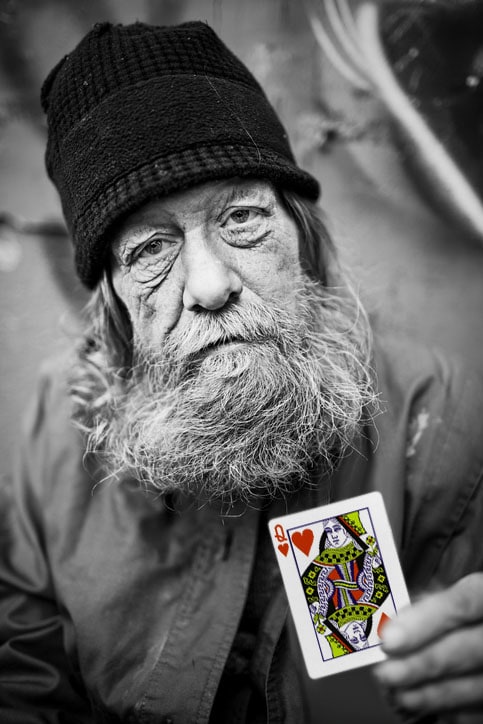